A review of conferences in 2010

Previously, I wrote a review of the conferences I have attended in 2008-2009. In this blog post, I will cover those I have visited in 2010. 2010 was a very busy conference year for me and in order to keep things short, I have decided to dedicate a full blog post to this year.


The first conference that I attended in 2010 was FOSDEM, which I visited for the second time. As with my visit last year, the experience was nearly identical - the same building with the same "peculiar atmosphere" and the same kind of enthusiastic people. I also slept in the same hotel in Brussels (whose staff is unable to speak Dutch, for some reason).

During this years' edition I have met quite a number of interesting people. Two of them were Nix developers I have frequently spoken with on the IRC, but never met in person.

Nicolas Pierron gave a talk about NixOS and the NixOS configuration system, which he had implemented in his spare time.

Apart from a number of Nix developers, we have also seen some members of the competing Macoosi project. Eelco and I met the RPM5 maintainer (also member of Mancoosi). He had some interesting ideas about package management and he proposed to merge our approaches (i.e. the purely functional model), although he did not clearly explain how. Although some attempts have been made by the Mancoosi members, it did not result into anything useful, unfortunately.


The next conference of 2010 was another academic one - SEAA, which was a conference I did not know about. I ended up visiting this conference, because my CBSE paper submission was rejected.

The rejection was actually not a surprise. I really did a poor job. Parts of the paper were incomplete, I tried to put too many technical details in it and I did not study related work too well. Most of these flaws were due to time pressure.

Although it was disappointing to have a paper rejected, the good thing about it was that the reviewers listed all my flaws, suggested how certain sections of the paper could be improved and they gave me a number of references that I should study. A few days later I received an e-mail in which they encouraged me to submit my revised paper to SEAA, which I did.

As a sidenote: I think this is something that more reviewers of conference papers should do. Nearly all my other rejections always resulted in a few vague comments, which were not useful to me at all, nor gave me any insights in what to revise. 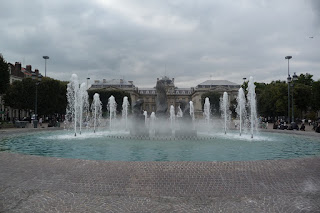 The SEAA conference was located in France, in a city called Lille (which apparently has a Dutch translation: Rijsel) and held at the Polytech' Lille. I had no idea what to expect from this conference, but my experience was quite positive. The conference had very friendly and enthusiastic organizers. Some of them apparently have a long organizing reputation and knew many participants quite well.

Moreover, the conference was co-located with the EUROMICRO DSD (Digital System Design) conference and the keynote sessions of SEAA and DSD were shared. During these keynotes, I also learned a thing or two about embedded systems and VHDL. A few keynotes were given by industry people. 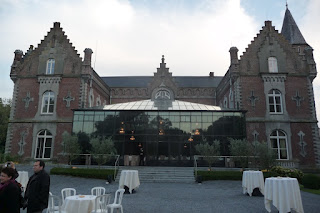 The social event was a dinner at Chateau de Bourgogne in Estaimbourg and the wine tasted good :-).

Unfortunately, I had to present my paper the next day as the second presenter, in the first presentation slot (somewhere at 9:00 in the morning). I really had a hard time getting up and to get myself motivated, but it turned out that I was well prepared - nobody was sleeping during my presentation and I received a number interesting questions.


The next event that I attended was WASDeTT, which was co-located with ASE and held at the University of Antwerp.

As explained earlier, my CBSE submission was rejected partially because I included too much implementation details. Some time later I "discovered" this workshop that is focused on the development of tools within academia and development aspects in general. For that reason, I have decided to write a tool-oriented paper for Disnix, covering the latest version, implementation details and extensions. Because the page limit was 25 pages, I could write down all the stuff that I could not do in the SEAA paper.

The workshop was not about the tools themselves, but rather about their development aspects. So instead of presenting the concepts of Disnix again, I have explained all its related tool development aspects and development choices. We have had some interesting discussions, most notably - how to make research tools available to other researchers, which (of course) is a deployment issue.

One of the ideas was making a tool available as a web application. I also suggested Nix, as it provides complete dependencies and reproducible deployment. The suggestion, however, was slammed by a fellow workshop participant stating that Nix is nice, but a "conquer-the-world approach". 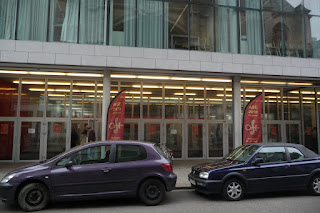 I have also attended ASE, the host conference of the WASDeTT workshop. ASE is a conference that was known as KBSA (Knowledge Based Software Assistant) in the past, as it purpose was to use artificial intelligence techniques to automate all phases of a software engineering process. Nowadays, the domain has been broadened to software engineering in general and ASE is more or less a general conference on nearly the same level as ICSE, with a comparable paper acceptance rate.

Before I left, I considered Antwerp a very "boring" place compared to all the previous conference locations (as I have visited Antwerp many times and I can speak to its residents in Dutch, my native language), but the entire experience was much much better than I expected. 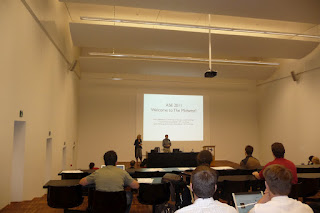 One of the good things about ASE compared to ICSE, is that it is less crowded and it has fewer parallel sessions (at ASE there were only 2 parallel sessions, while at ICSE there are 6 or even more, I'm not sure :-) ). At ASE, it was easier for me to meet new people and to have discussions.

Two papers were very interesting at ASE. One of them was from the Mancoosi project (our "competitors"), in which they have used SAT-solvers for solving dependency resolution problems. The other one was about a tool called Ninka, which can be used to derive licenses from source files using sentence matching techniques. We have used Ninka in our research as well. 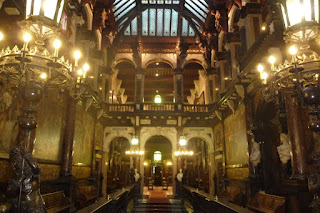 ASE included two social events - a beer tasting event in the city hall (which was interesting, because I have seen the city hall many times, but I have never seen it from the inside) and a banquet at the Antwerp Zoo. After both events, I noticed that several conference attendees were unable to walk back to their hotels in a straight line. I have to admit that it took me a bit of effort too :-)


ISSRE was the third academic conference that I have attended in 2010. ISSRE is a conference about reliability engineering and related subjects, such as testing. We ended up there, because our ICSE submission was rejected (although we made it very close). We have turned the testing part of this rejected paper into a paper for ISSRE.

ISSRE was also an unknown conference to me and held in a suburb of San Jose, California, which was basically composed of a large number of Cisco buildings. The conference itself was also held at Cisco. 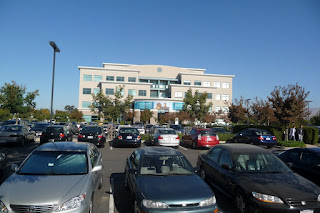 I've noticed that the conference also had very friendly and enthusiastic organizers and a loyal group of visitors that knew each other quite well. Furthermore, the organizers and session chairs were eager to meet all the new/unknown participants including me and Eelco.

A lot of the papers covered topics that were completely unknown to me. For example, I still remember a paper covering a software aging analysis of the Linux kernel. Before attending the presentation, I had no clue what software aging was. In turned out that it was about "progressive performance degradation or a sudden hang/crash of a software system due to exhaustion of operating system resources, fragmentation and accumulation of errors".

There were many more interesting papers. Another paper I liked was about fixing certain undefined features in the C programming language and the "political process" of the C standards committee.

There was also another presentation in which (apparently) something went wrong, and the speaker cried some kind of F-word out loud :-) 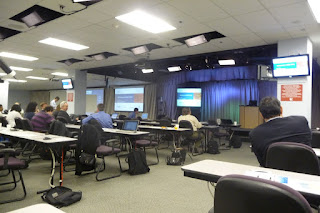 Another good aspect of this conference was the high industry participation degree of which the organizers were very proud. I've talked to one of them about other conferences that I've attended, such as ICSE, and he said to me that these conferences are "so highly academic", which turned out that this is indeed true, unfortunately (which does not implicate that they are useless, of course). 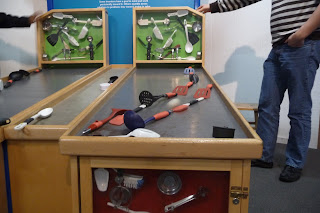 The social event was held at the Tech Museum in San Jose, which had some exciting attractions, such as an earthquake simulator and an interesting exercise in which you had to construct a road by using a number of random objects, so that the ball can safely roll from the entrance to the exit. As you may see in the picture above, Eelco is a smart guy and knew how to do it.


The LAC (Dutch National Architecture Congress) was the last conference I have attended in 2010, which was basically an industry oriented conference with a bit of research participation. Furthermore, nearly all the presentations were in Dutch.

I ended up visiting this conference, because our funding agency: NWO/Jacquard had its own session and I was asked to give a presentation about PDS, the research project I'm participating in.

Apart from giving a presentation about my project, I also took some time to explore the conference venue. There were a lot of companies there presenting themselves (probably to attract new potential employees), showing all kinds of pictures representing software architectures.

One of those pictures captured my interest, because it looked like a painting and it did not make sense to me.

I asked one of the presenters what the picture is supposed to mean and I heard a story that I did not understand. After a while, he started talking about his projects, such as the traffic light systems, and suddenly the conversation became much more interesting.

Another funny thing is that the conference was dominated by certain buzz words, such as Agile and TOGAF (which I have never heard of previously). It turned out that TOGAF is an framework developed by The Open Group providing a comprehensive approach for designing, planning, implementing, and governing an enterprise information architecture.


In this blog post I have described all conferences that I have attended in 2010. Stay tuned, as there are two more years to come...
Posted by Sander van der Burg at 1:33 AM No comments: