It's been quiet here for a while. Lately, I'm very busy with all kinds of research related things (including working on my thesis). So I thought it's time for a new research related episode here on this blog... Yesterday, a paper of mine got accepted.


As explained in many earlier blog posts, although this approach is unconventional, it has a number of distinct advantages, such as the fact that multiple versions or variants of components can be safely stored next to each other, upgrades are always safe, dependencies are always complete and so on.

Although Nix has several powerful features, one aspect that it is lacking is supporting the deployment of (which I call) mutable components, such as databases. Apart from the fact that the state of mutable components changes continuously (which cannot be supported in Nix, because components are made immutable), they also have several other important properties:


Because of these issues, many containers include tools which allow you to capture state in a portable format and in a consistent manner, e.g. mysqladmin. In the paper, I call the actual files representing state, physical state whereas the dump captured by a tool, such as mysqladmin the logical representation of state.

To support automated deployment of mutable components using concepts similar to Nix, I have developed a tool called Dysnomia, which originates from the Disnix activation scripts package.

Dysnomia provides a generic interface for mutable components. Basically, it's an extended version of the activation scripts, implementing a snapshot and restore operation, which capture the state of a mutable component and restores them (respectively) by invoking tools that can consistently capture state in a portable manner. Also, for certain types it supports incremental snapshots.

Apart from a generic interface to support deployment of mutable components, we also have to identify the logical representation of mutable components in a unique manner, similar to hash codes for immutable Nix components. This makes it possible to perform efficient upgrades, because components with the same name do not have to be deployed again.

In Dysnomia, we address components using the following naming convention:

The latter component, the generation number, is derived from a container property, such as a MySQL binlog sequence number or Subversion repository number. It may also be possible to use a timestamp, although this has some practical issues.

In a few days time, I have created a very hacky version of Disnix using Dysnomia. I have adapted the deployment process of Disnix and constructed two new variants:

After reading all this, you may think that the problem of dealing with state in conjunction with Nix has been solved and the world has become a much better place. Unfortunately, there are a number of drawbacks, which may be significant:


Where comes the name from?

One of the aspects not covered in the paper is where the name Dysnomia comes from and it probably sounds very strange to you. Unfortunately, the space in the paper is very limited to explain it :-)

This is how I came to it: 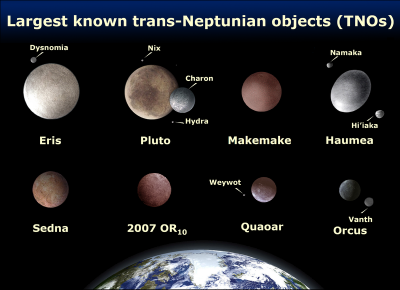 Although I have a very experimental extension supporting deployment of mutable components, it has a number of drawbacks. When I started thinking about this tool, I thought it was a great idea. However, after implementing it and doing some experiments, I think that in some cases the costs are actually higher than the benefits. But nonetheless, I still think it's important to have a solution for this problem and some knowledge, which could lead to interesting discussions.

I'm going to present this paper at the HotSWUp workshop in Zurich (which is co-located with ICSE 2012). In my last blog post, I was a bit disappointed about my ICSE rejection, but it turns out that I'm going to be there anyway, just in case you want to meet up :-)

To prove once more that I have nothing against ICSE and that I actually like it, here is some shameless promotion:

Posted by Sander van der Burg at 1:15 AM No comments: