It's time for the final episode in the "visited conference series". Fortunately, 2011 and 2012 were not as busy as 2010, so I can put the remaining ones in a single blog post.


2011 started with FOSDEM as with 2010. As with all the previous editions, the FOSDEM experience is always the same as usual - the same peculiar building etc. etc. (see my previous blog posts). 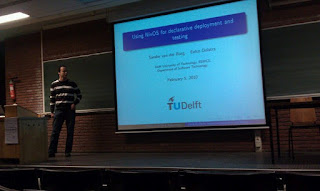 In this edition, I have also given a talk about NixOS titled: "Using NixOS for declarative deployment and testing". I didn't really know what to expect, but it turned out that it was received quite well. After my talk, I saw some #fosdem tweets on Twitter, in which one of the attendants described my talk as one of the most exciting ones next to systemd and the Google Go language (personally, I also find these two other talks quite good).


The next event was another academic one: SEAMS, which is about self-adaptive and self-managing systems. SEAMS was co-located with ICSE and a number of other events, such as MSR, and held in Honolulu, Hawaii. 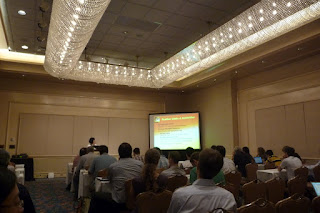 SEAMS looked like an interesting event to me, but I had some difficulties finding attendants that were looking into the same issues I did. Most of the presentations were about embedded software and covered issues I did not know about or understand. Although service-oriented systems were listed on their call for papers, I was the only one with a paper in that domain.

I missed some interaction between the participants in general. Perhaps, it's due to the fact that SEAMS was originally a workshop and upgraded to a symposium. Furthermore, this edition had a record number of participants and submissions. Also, the panel discussion was not very interesting and apart from the panel members, nobody took part.

Another disappointing thing is that after the panel discussion a number of attendants left and I had to present my paper in the final slot, with only half of the people left. 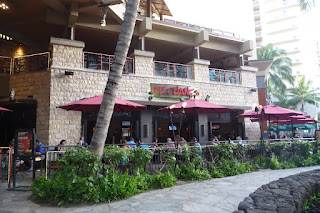 The social event was at a Chinese restaurant in Honolulu and was much better. Here, I finally had the opportunity to meet people and to have discussions about research. One attendant suggested a partial solution to me, I was struggling with for a while.

In general, SEAMS was not a bad event although several aspects could be improved and the domain does not entirely map to the kind of research that I'm doing.


Apart from SEAMS, I also attended ICSE, which was held at the same place (Honolulu, Hawaii). 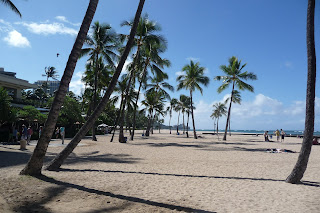 The picture above shows how awesome the environment is. This picture has nothing to do with the conference of course, but I like to show it to you anyway :-) 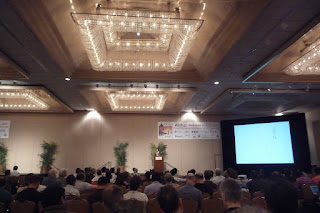 The conference experience was good and actually a bit better than the 2009's edition, that I have attended previously. A colleague as well as a former colleague had to present a paper there about spreadsheets and testing cross browser compatibility. Apart from my colleague's presentations, there was another good presentation titled: "An Empirical Study of Build Maintenance Effort", which contains a collection of empirical results relevant to our research. 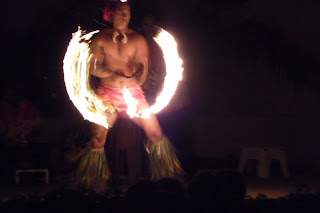 The social event was a dinner, which included an amazing show with lots of typical Hawaiian cultural aspects. 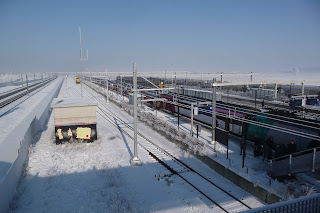 I started 2012 with FOSDEM, as with the previous two years. This year was a bit special compared to the others, as I had a lot of difficulties getting there due to the weather conditions. In 2012, there was a lot of snowfall. As a result, I arrived in Brussels somewhere in the afternoon, although it gave me some pretty pictures, such as the one above, which I took from a small train station en route, because we had to wait until a defect was fixed.

You probably expect me to say that the FOSDEM experience is same as usual. Although it was held at the ULB campus like all the other years, several more buildings were used for the talks. These buildings also had a much better quality compared to the regular ones. As a result, the hallways were less crowded (which is a good thing). Normally, I was always struggling to get from one devroom to another. 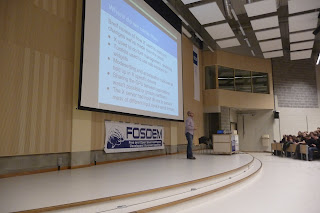 The picture above shows a room in a newer building in which the Wayland talk was held.


In 2012, I attended HotSWUp for the second time. HotSWUp was the first academic event that I have attended four years earlier. This time it was co-located with ICSE and held at the Irchel Campus of the University of Zürich, Switzerland. 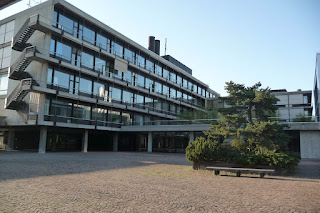 I haven't attended any academic events for a while, and a day before the workshop I didn't expect it to be that exciting. The first HotSWUp was already great, and this one was even a bit better.

There were many interesting presentations, covering upgrading aspects in various domains ranging from programming language level, to component level and system level. As with the first HotSWUp, I liked the cross disciplinary aspect very much.

I was quite satisfied with my own presentation, which raised a number of interesting questions, such as how to version components. Moreover, I received an interesting suggestion that I could use to optimise the approach described in my paper.

The social event was a dinner in a vegetarian restaurant. Normally, I wouldn't pick such a location, but it was interesting anyway. The fake meat tasted like real meat. After the dinner, me and several other participants had a couple of beers somewhere else. 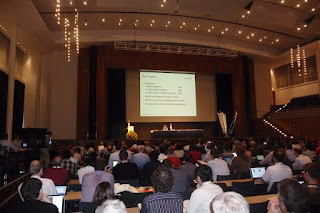 In addition to HotSWup, I also attended ICSE - the host conference held in the Kongresshaus Zürich. It is the third time for me attending ICSE.

This years ICSE was nice, had some interesting talks (two of them were of my colleagues, one about code smells in spreadsheets and the other about test confessions of developers), but I'm a bit critical about this years' edition compared to my previous experiences.

The quality of the first two keynote presentations were a bit disappointing and I really had to force myself listening, which (of course) failed after a few minutes. The third keynote was much better, although the speaker could have included more recent examples of research in software architectures.

Another thing was the conference venue itself. The rooms for the research talks were much too small, overly crowded and without any air conditioning (so the temperatures were really high). As a result, I sometimes had difficulties listening to a talk and it was almost impossible to ask questions.

Furthermore, it was difficult to talk to new people on the hallways, also partially due to the weird structure of the conference venue. Fortunately, I did not limit me entirely to meet new people, but it could have been better. 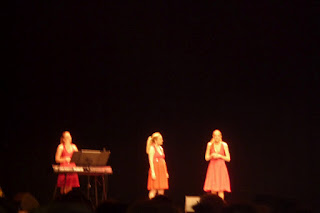 We had two social events at ICSE. The last one was a dinner, which included a show with two singers and a keyboard player, as shown above.

Although I'm critical about this years' ICSE, it was not a bad conference, but some things could have been better.

These were all the conferences I have visited in my period as as a PhD student. In a next blog post, I'll try to draw some general conclusions from these blog posts.