Today, it is my blog's 9th anniversary. Similar to previous years, this is a good opportunity for reflection.


There are a variety of things that I did in 2019 that can be categorized as follows:

Documenting the architecture of service-oriented systems


In the beginning of the year, most of my efforts were concentrated on software architecture related aspects. At Mendix, I have spent quite a bit of time on documenting the architecture of the platform that I and my team work on.

I wrote a blog post about my architecture documentation approach, that is based on a small number of simple configuration management principles that I came up several years ago. I gave a company wide presentation about this subject, that was well-received.

Later, I have extended Dynamic Disnix, a self-adaptive deployment framework that I have developed as part of my past research, with new tools to automate the architecture documentation approach that I have presented previously -- with these new tools, it has become possible to automatically generate architecture diagrams and descriptions from Disnix service models.


While implementing the architecture documentation tools in Dynamic Disnix, I ran into several limitations of Disnix's internal architecture.

To alleviate the burden of developing new potential future integrations, I have "invented" NixXML, an XML file format that is moderately readable, that can be easily converted from and to Nix expressions, and is still useful to be used without Nix. I wrote a library called libnixxml that can be used to produce and consume NixXML data.

In addition to writing libnixxml. I also rewrote significant portions of Disnix and Dynamic Disnix to work with libnixxml (instead of hand written parsing and Nix expression generation code). The result is that we need far less boilerplate code, we have more robust data parsing, and we have significantly better error reporting.

In the process of rewriting the Disnix data handling portions, I have been following a number of conventions that I have documented in this blog post.


Besides data integration and data handling, I have also re-engineered the input model transformation pipeline in Disnix, that translates the Disnix input models (a services, infrastructure and distribution model) capturing aspects of a service-oriented systems to an executable model (a deployment manifest/model) from which the deployment activities that it needs to run can be derived.

The old implementation evolved organically and has grown so much that it became too complicated to adjust and maintain. In contrast, the new transformation pipeline consists of well-defined intermediate models.

As a result of having a better, more well-defined transformation pipeline, more properties can be configured.

Moreover, it is now also possible to use a fourth and new input model: a packages model that can be used to directly deploy a set of packages to a target machine in the network.

The new data handling features and transformation pipeline were integrated into Disnix 0.9 that was released in September 2019.


In addition to the release of Disnix 0.9 that contains a number of very big internal improvements, I have started working on a new experimental Nix-based process management framework.

I wrote a blog post about the first milestone: a functional organization that makes it possible to construct multiple instances of managed processes, that can be deployed by privileged and unprivileged users.


Earlier this year, I was also involved in several discussions about developer motivation. Since this is a common and recurring subject in the developer community, I have decided to write about my own experiences.


Compared to previous years, this year is my least productive from a blogging perspective -- this can be attributed to several reasons. First and foremost, there are a number of major personal and work-related events that contributed to a drop in productivity for a while.

Second, some of the blog posts that I wrote are results of very big undertakings -- for example, the internal improvements to Disnix took me several months to complete.

As an improvement for next year, I will try to more carefully decompose my tasks, prioritize and order them in a better way. For example, implementing the architecture documentation tools was unnecessarily difficult before NixXML and the revised data models were implemented. I should have probably done these tasks in the opposite order.

Overall top 10 of my blog posts


As with previous years, I am going to publish the top 10 of my most frequently read blog posts. Surprisingly, not much has changed compared to last year:


As with previous years, I am still not out of ideas so stay tuned!

There is one more think I'd like to say and that is: 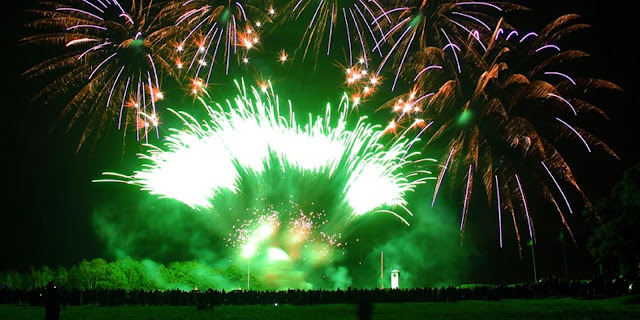 Posted by Sander van der Burg at 11:28 PM No comments: