I have been maintaining a production system with Disnix for quite some time. Although deployment works quite conveniently for me (I may probably be a bit biased, since I created Disnix :-) ), you cannot get around unforeseen incidents and problems, such as:


Errors in distributed systems are typically much more difficult to debug than single machine system failures. For example, tracing the origins of an error in distributed systems is generally hard -- one service's fault may be caused by a message propagated by another service residing on a different machine in the network.

But even if you know the origins of an error (e.g. you can clearly observe that a web application is crashing or a database connection), you may face other kinds of challenges:


Because of these challenges, diagnosing errors and running maintenance tasks in a system deployed by Disnix is always unnecessarily time-consuming and inconvenient.

To alleviate this burden, I have developed a small tool and extension that establishes remote shell connections with environments providing all relevant configuration properties. Furthermore, the tool gives suggestions to the end-user explaining what kinds of maintenance tasks he could carry out.

The shell activity of Dysnomia


As explained in previous Disnix-related blog posts, Disnix carries out all activities to deploy a service oriented system to a network machines (i.e. to bring it in a running state), such as building services from source code, distributing their intra-dependency closures to the target machines, and activating or deactivating every service.

For the build and distribution activities, Disnix uses, as its name implies, the Nix package manager because it offers a number of powerful properties, such as strong reproducibility guarantees and atomic upgrades and rollbacks.

For the remaining activities that Nix does not support, e.g. activating or deactivating services, Disnix uses a companion tool called Dysnomia. Because services in a Disnix context could take any form, there is no generic means to activate or deactivate them -- for this reason, Dysnomia provides a plugin system with modules that carry out specific activities for a specific service type.


The above configuration is a MySQL script (~/testdb) that creates the database schema consisting of two tables.

The container configuration captures properties of the environment in which the component should be hosted, which is in this particular case, a MySQL DBMS server:


The above component configuration (~/mysql-production) defines the type stating that mysql-database plugin must be used, and provides the authentication credentials required to connect to the DBMS server.

The Dysnomia plugin for MySQL implements various kinds of deployment activities for MySQL databases. For example, the activation activity is implemented as follows:


The above code fragment checks whether a database with the given schema exists and if it does not, it will create it by running the database initialization script provided by the component configuration. As may also be observed, the above activity uses the container properties (such as the authentication credentials) as environment variables.


To make the execution of arbitrary tasks more convenient, I have created a new Dysnomia option called: shell. The shell operation is basically an activity that does not execute anything, but instead spawns a shell session that provides the container configuration properties as environment variables.

Moreover, the shell activity of a Dysnomia plugin typically displays suggestions for shell commands that the user may want to carry out.

For example, when we run the following command:


Dysnomia spawns a shell session that shows the following:


By executing the command-line suggestion shown above in the above shell session, we get a MySQL interactive terminal allowing us to execute arbitrary SQL commands. It saves us the burden looking up all the MySQL configuration properties, such as the authentication credentials and the database name.

The Dysnomia shell feature is heavily inspired by nix-shell that works in quite a similar way -- it will take the build dependencies of a package build as inputs (which typically manifest themselves as environment variables) and fetches the sources, but it will not execute the package build procedure. Instead, it spawns an interactive shell session allowing the user to execute arbitrary build tasks. This Nix feature is particularly useful for development projects.


In addition to extending Dysnomia with the shell feature, I have also extended Disnix to make this feature available in a distributed context.

The following command can be executed to spawn a shell for a particular service of the ridiculous staff tracker example (that happens to be a MySQL database):


The above command-line instruction will lookup the location of the staff database in the configuration of the system that is currently deployed, connects to it (typically through SSH) and spawns a Dysnomia shell for the given service type.

In addition to an interactive shell, you can also directly run shell commands. For example, the following command will query all the staff records:


When trying to spawn a Dysnomia shell, the tool returns an error because it does not know to which instance to connect to:


In this case, we must refine our query with a --target parameter. For example, the following command connects to the web front-end on the test1 machine:


It is still possible to execute remote shell commands for redundantly deployed services. For example, the following command gets executed twice, because we have two instances deployed:


In some cases, you may want to execute other kinds of maintenance tasks or you simply want to know where a particular service resides. This can be done by running the following command:


In this blog post, I have described a new feature of Dysnomia and Disnix that spawns interactive shell sessions making problem solving and maintenance tasks more convenient.

disnix-diagnose and the shell extension are part of the development versions of Disnix and Dysnomia and will become available in the next release. 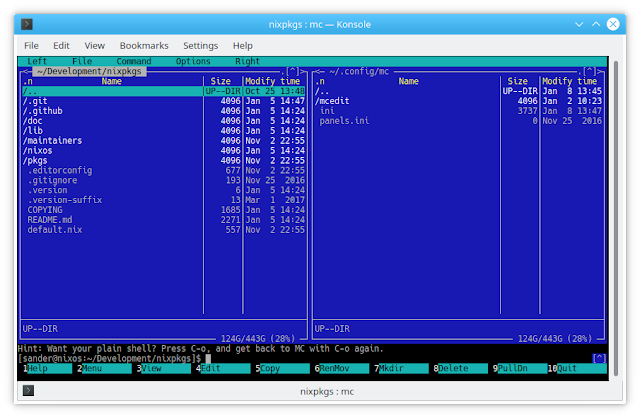 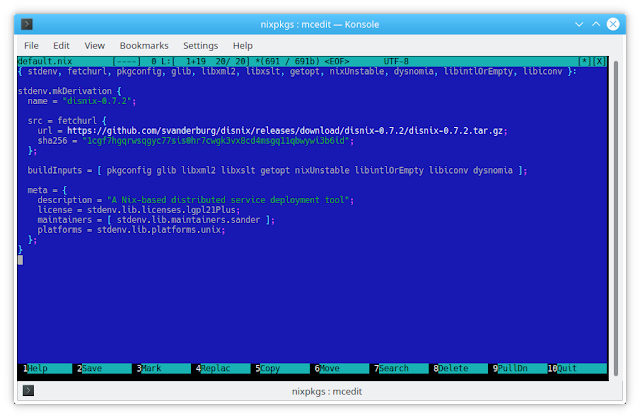 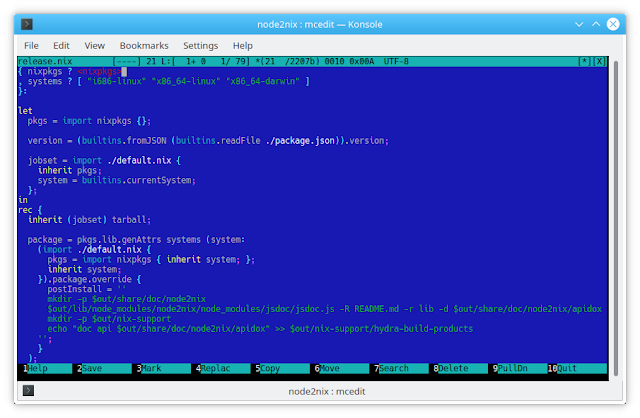 Posted by Sander van der Burg at 11:44 PM No comments: