Similar to previous years, I will reflect over last year's writings. Again the occasion is my blog's anniversary -- today, it has been exactly 8 years ago that I started this blog.


In the first two months of this year, most of my work was focused on Disnix. I added a number of extra features to Disnix that are particularly useful to diagnose errors in an environment in which services are distributed over a collection of machines in a network.

I also revised the internals of Disnix in such a way so that it has become possible to deploy systems with circular dependencies, by dropping the ordering requirement on inter-dependencies, when this is desired.

Finally, I extended my custom web application framework's example applications repository (that I released last year) and made it a public Disnix example case, to provide a more realistic/meaningful public example in addition to my trivial/hypothetical examples.

The new features described in these three blog posts are part of Disnix 0.8, released in March this year.


The biggest news of the year is probably the fact that I embarked on a new challenge. In April, I joined Mendix, a company that provides a low-code application development platform.

Since the moment I joined, there have been many things I learned and quite a few new people I got to know.

At Mendix, the Nix project and its tools are still largely unknown technology. In the company, sharing learning experiences within the entire R&D team is generally encouraged.

Mendix already uses rivalling technologies to automate application deployments. As an exercise to learn the technical architecture of running applications better, I automated the deployment process of Mendix applications with the Nix package manager and NixOS making it possible to automatically deploy a Mendix application by writing a simple NixOS configuration file and running only a single command-line instruction.

I also presented the Nix automation process to the entire R&D department and wrote an article about it on the public Mendix blog. (I kept a transcription on my own blog for archiving purposes).


In addition to Disnix, and joining Mendix (where I gave an introduction to Nix), I did some general Nix-related work as well.

To improve my (somewhat unorthodox) way of working, I created a syntax highlighter for the Nix expression language for one of my favourite tools: the editor the comes with the Midnight Commander.

As a personal experiment and proposal to tidy up some internals in the Nix packages repository, I developed my own build function abstractions to mimic Nix's stdenv.mkDerivation {} function abstraction with the purpose to clearly identify and separate its concerns.

Later, I extended this function abstraction approach to tidy up the deployment automation of pluggable SDKs, such as the Android SDK, to make it easier to automatically compose SDKs with plugins and the corresponding applications that they build.

Finally, I experimented with an approach that can automatically patch all ELF binaries in the Android SDK (and other binary only software projects), so that they will run from the Nix store without any problems.

Some of the function abstraction techniques described in the blog posts listed above as well as the auto patching strategy are used in the revised version of the Android build infrastructure that I merged into the master version of Nixpkgs last week. Aside from upgrading the Android SDK to the latest version, these improvements make maintaining the Android SDK and its plugins much easier.

In addition to writing Nix-related blog posts, I did much more Nix related stuff. I also gave a talk at NixCon 2018 (the third conference held about Nix and its related technologies) about Dysnomia's current state of affairs and I released a new major version of node2nix that adds Node.js 10.x support.

Overall top 10 of my blog posts


As with previous years, I will publish my overall top 10 of most popular blog posts:


What you may have probably noticed is that there is a drop in some of my more technical blog posts this year. This drop is caused by the fact that I am basically in a transition period -- I still have familiarize myself with my new environment and it is probably going to take a bit of time before I am back in my usual rythm.

But do not be worried. As usual, I have plenty of ideas and there will be more interesting stuff coming next year!

The final thing I would like to say is: 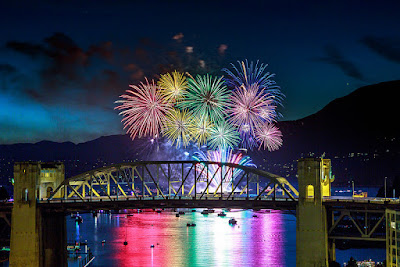 Posted by Sander van der Burg at 11:04 PM No comments: