Today, it is my blog's anniversary. As usual, this is a nice opportunity to reflect over the last year.


The most shocking event of this year is the unfortunate passing of my former PhD supervisor: Eelco Visser. I still find it hard to believe that he is gone.

Although I left the university for quite some time now, the things I learned while I was employed at the university (such as having all these nice technical discussions with him) still have a profound impact on me today. Moreover, without his suggestion this blog would probably not exist.

Because the original purpose of my blog was to augment my research with extra details and practical information, I wrote a blog post with some personal anecdotes about him.


In my previous blog reflection, I have explained that we were in the third-wave of the COVID pandemic caused by the even more contagious Omicron variant of the COVID-19 virus. Fortunately, it turned out that, despite being more contagious, this variant is less hostile than the previous Delta variant.

Several weeks later, the situation got under control and things were opened up again. The situation remained pretty stable afterwards. This year, it was possible for me to travel again and to go to physical concerts, which feels a bit weird after staying home for two whole years.

The COVID-19 virus is not gone, but the situation is under control in Western Europe and the United States. There have not been any lockdowns or serious capacity problems in the hospitals.

When the COVID-19 pandemic started, my employer: Mendix adopted a work-from-home-first culture. By default, people work from home and if they need to go to the office (for example, to collaborate) they need to make a desk reservation.

As of today, I am still working from home most of my time. I typically visit the office only once a week, and I use that time to collaborate with people. In the remaining days, I focus myself on development work as much as possible.

I have to admit that I like the quietness at home -- not everything can be done at home, but for programming tasks I need to think, and for thinking I need silence. Before the COVID-19 pandemic started, the office was typically very noisy making it sometimes difficult for me to focus.


I used to intensively work with JavaScript at my previous employer: Conference Compass, but since I joined Mendix I am mostly using different kinds of technologies. During my CC days, I was still mostly writing old fashioned (ES5) JavaScript code, and I still wanted to familiarise myself with modern ES6 features.

One of the challenging aspects of using JavaScript is asynchronous programming -- making sure that the main thread of your JavaScript application never blocks too long (so that it can handle multiple connections or input events) and keeping your code structured.

To motivate myself learning about ES6 concepts, I needed a practical use case -- I have ported the layout component of my web framework (for which a Java and PHP version already exist) to JavaScript using modern ES6 features, such as async/await, classes and modules.

An interesting property of the JavaScript version is that it can be used both on the server-side (as a Node.js application) and client-side (directly in the browser by dynamically updating the DOM). The Java and PHP versions only work server-side.


In earlier blog reflections I have also decided to spend more time on useless fun projects.

In the summer of 2021, when I decided not to do any traveling, I had lots of time left to tinker with all kinds of weird things. One of my hobby projects was to play around with my custom maps for Duke3D and Shadow Warrior that I created while I was still a teenager.

While playing with these maps, I noticed a number of interesting commonalities and differences between Duke3D and Shadow Warrior.

Although both games use the same game engine: the BUILD-engine, their game mechanics are completely different. As an exercise, I have ported one of my Duke3D maps to Shadow Warrior and wrote a blog post about the process, including a description of some of their different game mechanics.

Although I did the majority of the work already back in 2021, I have found some remaining free time in 2022 to finally finish the project.


This year, I have also intensively worked on improving several aspects of my own web framework. My custom web framework is an old project that I started in 2004 and many parts of it have been rewritten several times.

I am not actively working on it anymore, but once in a while I still do some development work, because it is still in use by a couple of web sites, including the web site of my musical society.

One of my goals is to improve the user experience of the musical society web site on mobile devices, such as phones and tablets. This particular area was already problematic for years. Despite making the promise to all kinds of people to fix this, it took me several years to actually take that step. :-).

To improve the user experience for mobile devices, I wanted to convert the layout to a flexbox layout, for which I needed to extend my layout framework because it does not generate nested divs.

I have managed to improve my layout framework to support flexbox layouts. In addition, I have also made many additional improvements. I wrote a blog post with a summary of all my feature changes.


In 2022, I also did Nix-related work, but I have not written any Nix-related blog posts this year. Moreover, 2022 is also the first time since the end of the pandemic that a physical NixCon was held -- unfortunately, I have decided not to attend it.

This year, it was very difficult for me to find the energy to undertake any major Nix developments. Several things have contributed to that, but the biggest take-away is that I have to find the right balance.

The reason why I got so extremely out of balance is that I do most of my Nix-related work in my spare time. Moreover, my primary motivation to do Nix-related work is because of idealistic reasons -- I still genuinely believe that we can automate the deployment of complex systems in a much better way than the conventional tools that people currently use.

There are also quite a few major challenges in the Nix project, for which no trivial solutions exist. These are problem areas that cannot be solved with quick fixes and require fundamental redesigns. Solving these fundamental problems is quite challenging and typically require me to dedicate a significant amount of my free time.

Unfortunately, due to the fact that most of my work is done in my spare time, and I cannot multi-task, I can only work on one major problem area at the time.

For example, I am quite happy with my last major development project: the Nix process management framework. It has all features implemented that I want/need to consistently eat my own dogfood. It is IMHO a pretty decent solution for use cases where most conventional developers would normally use Docker/docker-compose for.

Unfortunately, to reach all my objectives I had to pay a huge price -- I have published the first implementation of the process management framework already in 2019, and all my major objectives were reached in the middle of 2021. As a consequence, I have spend nearly two years of my spare time only working on the implementation of this framework, without having the option to switch to something else. For the first six months, I remained motivated, but slowly I ran into motivational problems.

In this two-year time period, there were lots of problems appearing in other projects I used to be involved in. I could not get these projects fixed, because these projects also ran into fundamental problems requiring major redesigns/revisions. This resulted in a number of problems with members in the Nix community.

As a result, I got the feeling the I lost control. Moreover, doing anything Nix-related work also gave (and in some extent still gives) me a lot of negative energy.

Next year, I intend to return and I will look into addressing my issues. I am thinking about the following steps:


In my previous reflection blog posts, I always used to reflect over my overall top 10 of most popular blog posts. There are no serious changes compared to last year, so I will not elaborate about them. The fact that I have not been so active on my blog this year has probably contributed that.


Next year I will look into addressing my issues with Nix development. I hope to return to my software deployment/Nix-related work next year!

The final thing I would like to say is: 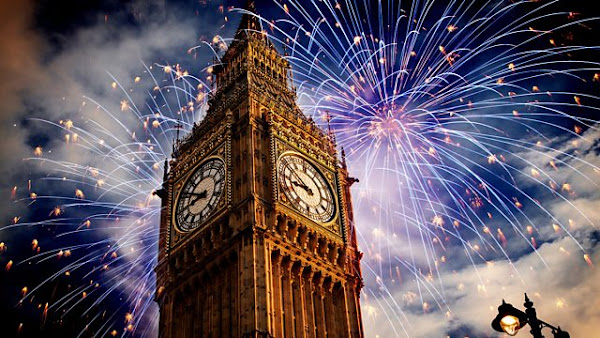 Email ThisBlogThis!Share to TwitterShare to FacebookShare to Pinterest
Labels: annual-reflection