Furthermore, I have encountered many misconceptions about what software deployment is supposed to mean and even some people are surprised that people do research in this field. I have also received some vague complaints of certain reviewers saying that things that we do aren't novel and comments such as: "hmm, what can the software engineering community learn from this? I don't see the point..." and "this is not a research paper".

What is software deployment?


Some of the activities that may be required to make a software system available for use are:

An important thing to point out is that the activities described above are all steps to make a software system available for use. I have noticed that many people mistakenly think that software deployment is just the installation of a system, which is not true.

In old traditional waterfall-style software development projects, the deployment phase is not performed so frequently. Nowadays most software development projects are iterative in which features of the software are extended and improved, so for each cycle the system has to be redeployed. Especially in Agile software projects, which have short iterations (of about 2 weeks) it is crucial to be able to deploy a system easily.

Because of the way we develop software nowadays, the deployment process has become much more of a burden and that's why it is also important to have systematic, disciplined, quantifiable approaches for software deployment.

Apart from delivering systems to end-users, we also need to deploy a system to test it. In order to run a test suite, all necessary environmental dependencies must be present and correct. Without a reliable and reproducible deployment process, it becomes a burden and difficult to guarantee that tests succeed in all circumstances.

Why is software deployment complicated?

Back in the old days, software was developed for a specific machine (or hardware architecture), stored on a disk/tape and delivered to the customer. Then the customer loaded the program from the tape/disk into memory and was able to run the program. Apart from the operating system, all the required parts of the program were stored on the disk. Basically, my good old Commodore 64/128 worked like this. All software was made available on either cassette tapes or 5.25 inch floppy disks. Apart from the operating system and BASIC interpreter (which were stored in the ROM of the Commodore) everything that was required to run a program was available on the disk.

Some time later, component based software engineering (CBSE) was introduced and received wide acceptance. The advantages of CBSE were that software components can be obtained from third parties without having to develop those yourself and that components with the same or similar functionality can be shared and reused across multiple programs. CBSE greatly improved the quality of software and the productivity of developers. As a consequence, software products were no longer delivered as self-contained products, but became dependent on the components already residing on the target systems. 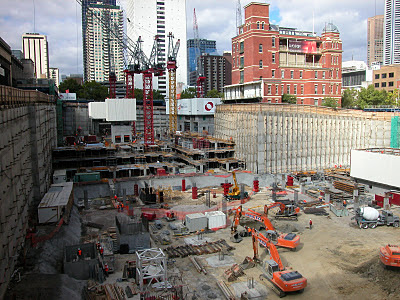 Although CBSE provides a number of advantages, it also introduced additional complexity and challenges. In order to be able to run a software program all dependencies must be present and correct and the program must be able to find them. There are all kinds of things that could go wrong while deploying a system. A dependency may be missing, or a program requires a newer version of a specific component. Also newer components may be incompatible with a program (sometimes this intentional, but also accidentally due to a bug on which a program may rely).

For example, in Microsoft Windows (but also on other platforms) this lead to a phenomenon called the DLL hell. Except for Windows DLLs, this phenomenon occurs in many different contexts as well, such as the JAR hell for Java programs. Even the good old AmigaOS, suffered from the same weakness although they were not that severe as they are now, because the versions of libraries didn't change that frequently.

In UNIX-like systems, such as Linux, you will notice that the degree of sharing of components through libraries is raised to almost a maximum. For these kind of systems, it is crucial to have deployment tooling to properly manage the packages installed on a system. In Linux distributions the package manager is a key aspect and also a distinct feature that sets a particular distribution apart from another. There are many package mangers around such as RPM, dpkg, portage, pacman, and Nix (which we use in our research as a basis for NixOS). 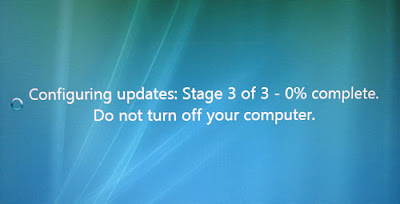 Apart from the challenges of deploying a system from scratch, many system are also upgraded because (in most cases) it's too costly and time consuming to deploy them over and over again, for each change. In most cases upgrading is a risky process, because files get modified and overwritten. An interruption or crash during an upgrade phase may have disastrous results. Also an upgrade may not always give the same results as a fresh installation of a system.

So why is research in software deployment important? 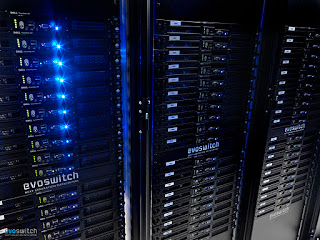 What are software deployment research subjects?


Where are software deployment papers published? Currently, there is no subfield conference about software deployment. In the past (a few years before I started my research), there were three editions of the Working Conference on Component Deployment, which is no longer held since 2005.

Most of the deployment papers are published in various conferences, such as the top general ones, subfield conferences about software maintenance, testing, cloud computing. The challenging part of this is that (depending on the subject) I have to adapt my story to the conference where I want my paper to be published. This requires me to explain the same problems over and over again and integrate these problems with the given problem domain, such as cloud computing or testing. This is not always trivial to do, nor will every reviewer understand what the point is.

In this blog post, I have explained what software deployment is about and why research in this field is important. Systems are becoming much bigger and more complicated and we want to respond to changes faster. In order to manage this complexity, we need research in providing automated deployment solutions.