Today, it's my blog's fifth anniversary. As usual, this is a nice opportunity to reflect over last year's writings.


Something that I cannot leave unmentioned is Disnix, a toolset that I have developed as part of my master's and PhD research. For quite some time, its development was progressing at a very low pace, mainly because I had other obligations -- I had to finish my PhD thesis, and after I left academia, I was working on other kinds of aspects.

Fortunately, things have changed considerably. Since October last year I have been actively using Disnix to maintain the deployment of a production system that can be decomposed into independently deployable services. As a result, the development of Disnix also became much more progressive, which resulted in a large number of Disnix related blog posts and some major improvements.

In the first blog post, I compared Disnix with another tool from the Nix project: NixOps, described their differences and demonstrated that they can be combined to fully automate all deployment aspects of a service-oriented system. Shortly after publishing this blog post, I announced the next Disnix release: Disnix 0.3, 4 years after its previous release.

A few months later, I announced yet another Disnix release: Disnix 0.4 in which I have integrated the majority of state deployment facilities from the prototype described in the HotSWUp 2012 paper.

The remainder of blog posts provide solutions for additional problems and describe some optimizations. I have formulated a port assignment problem which may manifest itself while deploying microservices and developed a tool that can be used to provide a solution. I also modified Disnix to deploy target-specific services (in addition to target-agnostic services), which in some scenarios, make deployments more efficient.

Another optimization that I have developed is on demand activation and self termination of services. This is particularly useful for poorly developed services, that for example, leak memory.

Finally, I have attended NixCon2015 where I gave a talk about Disnix (including two live demos) and shown how it can be used to deploy (micro)services. An interesting aspect of the presentation is the first live demo in which I deploy a simple example system into a network of heterogeneous machines (machines running multiple operating systems, having multiple CPU architectures, reachable by multiple connection protocols).


In addition to Disnix, I have also written about some general Nix aspects. In February, I have visited FOSDEM. In this year's edition, we had a NixOS stand to promote the project (including its sub projects). From my own personal experience, I know that advertising Nix is quite challenging. For this event, I crafted a sales pitch explanation recipe, that worked quite well for me in most cases.

A blog post that I am particularly proud of is my evaluation and comparison of Snappy Ubuntu with Nix/NixOS, in which I describe the deployment properties of Snappy and compare how they conceptually relate to Nix/NixOS. It attracted a huge amount of visitors breaking my old monthly visitors record from three years ago!

I also wrote a tutorial blog post demonstrating how we can deploy prebuilt binaries with the Nix package manager. In some cases, packaging prebuilt software can be quite challenging, and the purpose of this blog post to show a number techniques that can be used to accomplish this.


Besides deployment, I have also written two methodology related blog posts. In the first blog post, I have described my experiences with Agile software development and Scrum. Something that has been bothering me for quite a while is these people claiming that "implementing" such a methodology considerably improves development and quality of software.

In my opinion this is ridiculous! These methodologies provide some structure, but the "secret" lies in its undefined parts -- to be agile you should accept that nothing will completely go as planned, you should remain focussed, take small steps (not huge leaps), and most importantly: continuously adapt and improve. But no methodology provides a universally applicable recipe that makes you successful in doing it.

However, despite being critical, I think that implementing a methodology is not bad per se. In another blog post, I have described how I implemented a basic software configuration management process in a small organization.


I have also reflected over my experiences while developing command-line utilities and wrote a blog post with some considerations I take into account.

Side projects and research


In my previous reflections, there was always a section dedicated to research and side projects. Unfortunately, this year there is not much to report about -- I made a number of small changes and additions to my side projects, but I did not made any significant advancements.

Probably the fact that Disnix became a main and side project contributes to that. Moreover, I also have other stuff to do that has nothing to do with software development or research. I hope that I can find more time next year to report about my other side projects, but I guess this is basically just a luxury problem. :-)


As with my previous annual blog reflections, I will also publish the top 10 of my most frequently read blog posts:


I am still not out of ideas yet, so stay tuned! The remaining thing I want to say is: 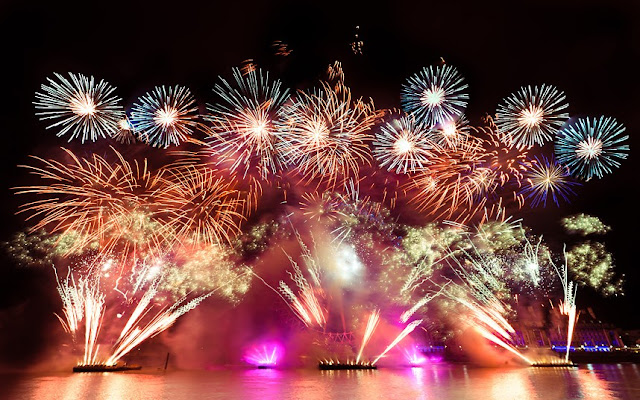